-Season two of Lucha Underground is about to start on the El Rey Network and I still have yet to watch even a single episode of the company’s very well received show. So I thought now was the best chance to see if the first episode could get me hooked into the product.

-Going into this review, I have no prior knowledge of the show beyond a few of the wrestler’s names. So these will be my first impressions of the company’s first show from its first season.

-So if you’ve never seen an episode and are still on the fence, here are some opinions of the show from someone with a fresh and unbiased perspective! 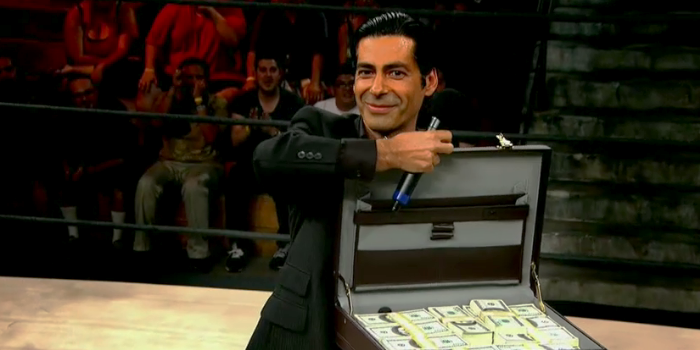 -First thing worth noting is the amazing production values this show has to present to the audience right off the bat.

-We get a brief summary of what lucha libre is as the show introduces us to Dario Cueto, Lucha Underground’s owner.

-The shows opening visuals give me a really good impression and seem like they will tell a very natural story.

-We get thrown into The Temple where we are greeted by Matt Striker and Vampiro on commentary.  Dario Cueto is then introduced and announces he has opened the doors of his temple to the best of the best around the world. He then opens a briefcase with $100, 000 and announces the luchadoras who impresses him the most tonight will have the money for himself!

-Nice way to make the stakes seem high on the first episode! No storylines or titles have been setup yet, but putting money on the line gives this premier episode some weight.

-Striker and Vampiro get over the family history both of these men have as being third generation performers from prominent Hispanic wrestling families. This could be a fitting first match for Lucha Underground. I like it. It gives a nod to the past.

-Neither men are necessarily high flyers, and work at a measured pace. After eating a dive from Chavo Guerrero, Demon begins to favor his knee and I thought Guerrero would zero in on the injury to get a victory, but before he can Demon Jr. locks in a modified sharpshooter, called the El Pulpo, to get a tap out victory.

-This was a pretty short, uneventful first contest. But I think the goal was to establish the show with some credibility to help solidify the Lucha Underground brand. But this was definitely not an exciting first match.

-Cut to a very interesting meeting between Dario Cueto and Konnan where they discuss two men they signed to Lucha Underground who are about to do battle. Cueto claimed he signed Johnny Mundo, John Morrison, to make an example out of someone who does not respect him or his temple, and asks Konnan to make an example out of him via his client. He promises Konnan and his man the $100,000 if they can accomplish this.

-I loved this movie style discussion segment. It makes the show feel much more like a television show. It’s such a nice change from the reality show style we typically see in WWE and TNA.

-We learn Johnny Mundo’s opponent is going to be Prince Puma, who then gets a sleek video introduction voiced over by his mentor, Konnan.

-I loved this stuff. It gives us a set up, and makes the match we are about to see important despite this being just the first show.

-Back from break and we are right back into the action with Son of Havoc already in the ring awaiting his opponent. This must be the jobber, right?  Right?

-His opponents a woman? I did not see that coming! What a costume she has. The announcers inform us of her international travels and experience wrestling men all over the world.

-The man, of course, initially refuses to fight a woman and asks he to get counted out. She seems so concede, but then jumps Havoc from behind as he gloats.

-Star gets a lot of nice offense, and also takes some pretty sick bumps from Havoc. She takes a back breaker across Havoc’s knee and he gets the victory.

-Interesting premise, and I’m legitimately surprised Sexy Star didn’t get the underdog victory, but she did hold her own.

-I can see how this got both wrestlers over, but it was a pretty nothing match by itself.

-We come back to the show with Dario Cueto berating a beaten Chavo Guerrero for letting down his family name by  tapping to The Blue Demon Jr. He asks him what his Grandfather and Uncle’s would think, and promises he will not be the one getting the $100,000. I like this, I hope we see something play out from this. It would be interesting to see where Chavo’s character goes.

-Both men are very quick and their opening exchanges are tidy and exciting.

-I have to note, that this is first time I am seeing Prince Puma in action and it is hard to not draw comparisons to a young Rey Mysterio. His movement and offense are so silky smooth, and Johnny Mundo is the perfect opponent to help showcase that.

-Johnny plays a more grounded game as this match seems to be the Prince Puma showcase of gravity defying prowess.

-The commentary team get over that the winner of this match will surely be the one who takes home the $100,000 and that ads even more to this match as they trade momentum.

-Puma bounces around the ring and gets a lion share of the offense as Mundo plays the big man wears down Puma using his size and strength.

-Later in the match Mundo takes control, hitting all his signature spots, but failing to get a three count over the vivacious newcomer. He finally seals the deal with an End of the World, formerly Starship Pain.

-This was the right main event to have for the first show. Johnny Mundo is a well known American star who wrestles a style that will work in Lucha Underground and Prince Puma is a fresh face with a ton of talent who could someday be a big star for the company. I loved this main event.

-Johnny shares the spotlight with Puma as Dario Cueto makes his way to the ring with the money. It seems as if he is going to give him the money, but both men are jumped by two unnamed men. We then seen a man formerly known as Ezekiel Jackson enter the ring and aid in mugging the two high flyers.

-Dario welcomes us to Lucha Underground as the show closes and he hands the money over to Jackson. 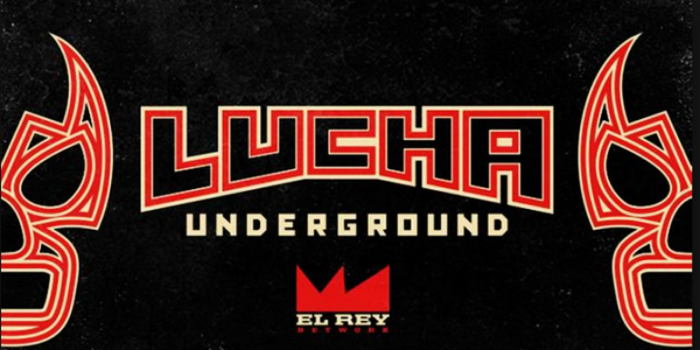 -Before I say anything else, I want to say that Lucha Underground is different, and I can see that even after only watching this 45 minute premiere episode. Being different is going to be what makes them stand out and possibly gain popularity. So this is an immediate plus for me and makes me want to see more.

-As for this episode, I think they did a decent job of establishing some major characters and trying to set up some narratives.

-Chavo Guerrero seems to have a story arc in its beginning stages. Johnny Mundo and Prince Puma are being booked as the big babyface draws based on what we saw here. Also Dario Cueto has firmly solidified himself as the main antagonist with an alliance behind him and I’m anxious to see him interact with more Lucha Underground performers.

-The only match really worth watching was the main event, and I’m sure (based on word of mouth) that is pales in comparison to some of the matches from later in the first season.

-I will definitely be sticking with Lucha Underground as it feels so good to see a company presenting stories in a different way than the WWE has for the past 20+ years. I can’t wait for more.